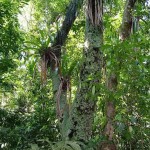 No doubt nature has blessed this region with many natural attractions ideal for the development of nature tourism activities involving cultural and ecotourism, rural tourism, adventure tourism and ethnic tourism.

The elevation range that the region produces different climates and habitats, from coastal plains to the cold lands of the Cordillera de Talamanca, with its highest point at 3,819 m

Cerro Chirripo In this range are set to Chirripo National Park and La Amistad International Park, declared by UNESCO “World Heritage of Humanity”, and together with other protected areas, “Biosphere Reserve”.

Water is essential to life on the planet and human beings that inhabit it, is the most abundant element in the South Pacific. Therefore, it is also known as moist Pacific.

The water, which descends from the mountains to the valleys and coastal lands, crossing countless waterfalls are of extraordinary beauty, many of them still unknown.

The waters of its rivers, especially the Rio General and Coto Brus, are special for water sports such as rafting and kayaking, and when the waters become tame, they are ideal for canoeing.

The beaches are another remarkable feature in the South Pacific.

Dominical to Pavones, special beaches for surfing, enjoy the many beaches of golden sand, lapped by most of the rivers and streams of crystal clear water and surrounded by evergreen vegetation, which give them a heavenly .

Also note the significant presence of indigenous peoples in this region, there are six territories inhabited by indigenous groups, Borucas Térrabas, the Cabécares, Bribri and Guaymi, missing much to study and know the archaeological heritage left by our ancestors, which are the living witnesses of petroglyphs and stone spheres abundant in the region.

Widely known is the goodness of their marine waters of the recreational fishery, because a large amount of World Records for holding the samples taken from the waters surrounding Golfito and Osa.

In addition, these waters contain many species that will surprise those who love snorkeling or deep, and if you like caving, cave system of the Cal Fila, Ciudad Neilly, waiting to be discovered.

It should be noted that the main track of the region, the Pan American Highway South, is in very good condition, with some roads have been rebuilt and there is often an acceptable maintenance for the entire journey.

In addition, the Costanera Sur, which is another important route for the South and most of the coastal attractions, is to be open, so that the paths are not a limitation to understand the unknown South Pacific region.