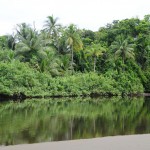 The Corcovado National Park  is located on the Pacific coast, in the Osa Peninsula in the province of Puntarenas.

Corcovado is located in the living area for the tropical rainforest in the South Pacific region of Costa Rica, and may be said that no other wild area of the country protects the resources of plants and animals in that region.

This wilderness area is considered an excellent living laboratory to study the structure and functioning of tropical ecosystems and their relationships.

The rain forests of Corcovado National Park, are among the last holdouts who still maintain the rainforest ecosystem, without changes in the American Pacific, with over 5,000 mm rainfall annually. 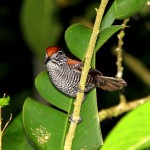 The tropical forests of protected areas are not only the best of these ecosystems in the Pacific slope, but also the latest in Central America.

We know of the existence of 104 species of mammals, 367 birds, 117 amphibians and reptiles and 40 species of freshwater fish.

Among the most prominent animals are the tapir, the jaguar, puma, ocelot, giant anteater, capuchin monkeys, howler monkey and the white face and red squirrel, red macaw, the white hawk, the kettle water moorhen and grenadier.

The Corcovado National Park is one of the most important conservation areas for the protection of the alligator and crocodile.

We offers Vacation Package in Jaco Beach, Please feel free to Contact us to find out about our Natural Guide Tours.