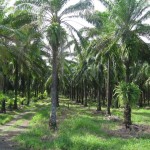 The Canton of Parrita  Costa Rica

The maximum width of forty-six miles to the northeast to southwest, from the top of the hill to the mouth of St. Jerome Tusubres River in the Pacific Ocean.

Almost the entire territory of Costa Rica was inhabited before the arrival of the Spanish. In 1924.

The First banana plantation was settled here by a young German, establish in this areas surrounding Pirrís river (Parrita), which encourages people to migrate from Guanacaste and San Jose to this region.

Parrita, This name has its own history and goes back, when to time when a woman named Rita, who lived in this area. So she had a business of sending and receiving packets.. So when people send packages they said ( es pa Rita) “Which is mean to Rita” so it is to Rita was heard so often in the small town, that soon everybody referred to This place as Parrita. 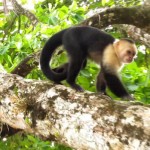 Parrita Costa Rica is surrounded by rivers, they are; Pirris or parrita Palo Seco, Damas, Chires, and Jicote. The Area has had some very serious flooding problems close the mouth of these rivers.
The economy is principally engaged in the production of palm oil.

These large extensions of Oil Palms were cultivated to replace the banana industry.

The weather in Parrita is very hot, and the elevation is only 15 meters above sea level.

Along the coast road past Hermosa Jaco area, cross the river and enter Parrita county. Due to a change in the coastal topography, Pacific beaches in the area of Costa Rica mainly heading to the south.

Esterillos West and Est., and the small beach Bejuco, are quiet residential neighborhoods, with an occasional group of tourists who enjoy the surf.

Tourists can find accommodation in hotels to small wave’s camps and luxury vacation rentals in Costa Rica, with very little in the midrange price.

The community of Parrita can be reached by highway Guapinol Puriscal and inland mountains of Talamanca.

The city itself is traversed by the great river basin Parrita, and further south is the RioPalo Seco and its estuary, these have created a barrier island, Palo Seco.

A dirt road just south of Parrita, Will take you to 8 kilometers to Palo Seco Beach. A gray sand beach protected by mangroves, braided and channels Palo Seco and damas River.

Damas River is Estuary mangrove forest and home to crocodiles, Pumas, monkeys, coati’s wide varieties of birds, and this place is much visited specially people who are trying to see monkeys.

Damas is across the estuary to 400 meters wide and can be reached by boat.