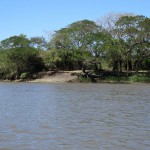 Palo Verde National Park consists of a set of divesos hátitats floodplains, rivers and surrounded by a row of limestone hills.

This area is subject to seasonal floods of great magnitude. During the rainy season due to poor drainage narural is plain, the area is flooded due to the combined action of rain, tides and floods along the rivers Tempisque and drinker. Sometimes, the whole area becomes a large lake.

The feathers and old buildings are present, are a reflection of the life of the bajureño savanna and are very important cultural heritage of the age of Guanacaste.

Palo Verde is one of the most ecologically diverse countries, there are approximately 15 habitats that are created by the topography, soil conditions and drainage, river runoff and the effect of the tides. 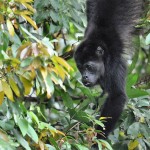 One of the most conspicuous sespecies naming the place is the Palo Verde, a bush of leaves, branches and trunk of the green light, which is found in both wetlands and other habitats. Among the largest trees are espavel, the Ciba, pochote, rum, rum, pot-bellied cibo gayabón the, javillo, the cocobolo, the medlar and Panama. In the marshes can see species of aquatic plants like tifa, the trista, grass and gamalote platanilla.

In scolinas cactus abound, endemic to Costa Rica, is not the lignum-vitae, hardwood tree in danger of extinction.

The natural hydrologic system of Palo Verde National Park,  create the appropriate concidiones to occur in the area, the largest concentration of Central American country of waterfowl and waders, both resident and migratory.

From September to March, thousands of egrets, herons, egrets, grebes, ibis, ducks and terns of water are concentrated in the laguans and surrounding areas to feed and reproduce.

The birds observed both aquatic and terrestrial, total 279 species, although this number could rise to 300, since at least another 40 species have been observed in neighboring places. Bird Island, 2.3 acres, located opposite the park, it is very important to have the largest colony of ram coroninegro and for being a nesting area for glossy ibis ibis, ducks needle, pink herons, heron, herons and cattle egrets .

In the park, has unfortunate suitor, endangered species and remains the only population of scarlet macaws in the Dry Pacific.

Some of the most abundant mammals are the howler monkeys, white faced monkeys, coatis, deer, red squirrels, porcupines and coyotes. In the Tempisque crocodiles have been seen up to five meters long.