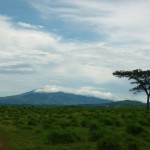 Miravalles Volcano is dramatic in the 21-mile range of the mountains of Guanacaste Liberia outside east-southeast, the province of Guanacaste has a warm and dry, as well as beautiful white sand beaches.

The Miravalles Volcano is inspiring 1969ft or about 600m above sea level, has a total height of 2028m and the total area of 28.840 hectares. 10,850 hectares of land surrounding the volcano have been recognized as a protected area, these protected areas and Forest Reserve are called Miravalles since March 16, 1976.

This reserve protects rivers and streams that come through the Gulf of Nicoya in the fields of Nicaragua.

The complex also houses a stratovolcano Miravalles beautiful cloud forest and primary forest that overflows with coconut palms, epiphytes and ferns, while also being home to wild cats, coyotes, white-tailed deer, small mammals, white-faced capuchin and peccary just to name a few of the wildlife species that run rampant here.

Miravalles Volcano has young lava flows that poured into the western and southwestern slopes.

At the peak of Miravalles you discover six eruption points, although the main crater is dormant.

This splendid volcano is adorned with hot mud pools (some mudpots are measured to be as deep as 5 -. 6.5 feet with diameters as large as 16 to 20 feet), bubbling water pools, waterfalls, hot springs, fumaroles and crystallized sulfur.

The geographical position of the flow of Miravalles Volcano interrupts cloud coming from the Caribbean coast, which produces frequent rain, heavy cloud covers, extremely strong winds (sometimes even more than 62miles/hr) and cold rains. Annual precipitation can reach up to 140 inches.

Normal temperatures in the area range from 75F to Miravalles 90F.

At the top of the volcano temperatures usually recorded between 42F and 48F, but have been known to fall to a minimum of 32F.

Although Miravalles volcano is constantly monitored, the last known “eruption” was a small geyser of steam explosion that took place in 1946.

Some small seismic activity occurs regularly inside and under the main crater. 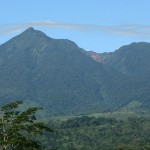 Miravalles Volcano is known for its various attractions, the most famous is probably the center of The Burners route located in the southwest, a family business that has created a spa living museum showing hydrothermal movement along with other great features of the volcano.

Since 1977, the Instituto Costarricense de Electricidad has been the office of Seismology and Volcanology in the Geological Engineering Department to observe the activity that takes place in the Miravalles Volcano.

An ambitious development called Miravalles Geothermal Project is a huge underground reservoir that is heated by geothermal activity that aims to harness this reservoir is a power plant that generates electricity actually for the area.

Miravalles has 2 different paths lead through rough terrain to the summit; do not forget to also bathe in volcanic clays produced here, known for its therapeutic properties. Visit Miravalles and experience nature in a different level.