Costa Rica Coffee and its History. 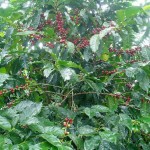 During the1720 is the probable date of the introduction of coffee in the America.

when the first seeds of the Coffea arabica variety Typica reached the island of Martinique, West Indies, which were planted in the former province of Costa Rica at the end of the EIGHTEENTH CENTURY.

At that time our country was subsistence farming.

The history of Costa Rica has changed since 1808, under Governor Thomas Acosta began to take root in our soil the cultivation of coffee, which is deeply rooted in the being and doing in Costa Rica.

Costa Rica was the first Central American Country that established this thriving industry.

Prominent personalities have contributed to the development of culture and was attributed to Father Felix Velarde as the first farmer who in 1816 refers to some coffee plants with solar energy.

The first Costa Rica coffee plantation was 100 meters north of the Metropolitan Cathedral, at the intersection of Central Avenue and Zero Street.

Several factors have encouraged the establishment of the “Golden Grain” Places around which became the first plantations were characterized by volcanic soils, high fertility, a wet and dry temperatures and relatively uniform throughout the year favorable for plant development.

After independence in 1821, municipal governments were the first plants to promote implementation of cultural policies and the granting of land to those who are interested in this company.

The municipality of Josefina, a pioneer in this effort was later imitated by other administrative bodies of the institutions: CARTAGO AND TRES RIOS.

The Heads of State Juan Mora Fernández and Braulio Carrillo gift supported the coffee in the cafeteria and saw the product to build an economic movement for the benefit of our economy and allow the economic and social development of Costa Rica.

Mariano Montealegre is the main driver of the harvest between 1830-1840.

As the first plants were growing was increased interest in the Culture of Costa Rica.  Already in 1821 there were 17,000 trees in coffee production after making the first export of two quintals of coffee in Panama in 1820. By 1840, Don Braulio Carrillo said the land west of San José de Pavas, was spent on coffee plantations.

Therefore, in parallel to supportING the planting of the order to build the Atlantic route to Costa Rica that allows for direct access to British ports.

The export of coffee:

It took several decades between the introduction of coffee and its rise as an export.

Meanwhile, authorities in Costa Rica has taken a series of measures to stimulate the industry, including: 1821: City of San José distributed free coffee plants to neighbors; 1825: the government exempts tenth of Coffee, 1831

National Assembly decreed that anyone who grows coffee for 5 years fallow could claim as their own.

The export of coffee has been developed since 1832, when Mr. George Stiepel, trade with England, made his first sale through Chile. 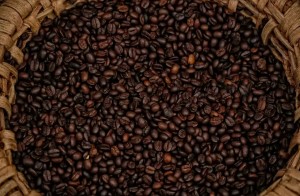 The coffee trade with Europe was consolidated in the 1840s, after the Englishman William Lacheur get to the ship of the Caldera and Monarc visit San Jose to negotiate the purchase of the crop of Don Santiago Fernández Hidalgo, one of the of coffee of the day and the owner of the property “The Labyrinth”

For lack of better options, Fernandez ventured abroad for their coffee and that he had purchased from other producers with a commitment to return the product Lacheur the sale of this product.

The Englishman kept his promise and in 1845 returned with money and ships. Fernandez became the first exporter of coffee in Costa Rica from the ancient world.

But Fernandez’s work does not stop there: the promotion of the introduction of more effective methods to treat (benefit) of coffee, financed the opening of a road to the port of Tárcoles Sarapiquí and the empowerment of foreign trade.

With the fall of Carrillo in 1842, was completed for drivers of coffee policy, not to deal with tax cuts in British ports, and suspended the construction of the Atlantic route. This forced the nascent trade coffee for residential use and the Cape Horn route, which means the payment of freight of 5 pounds per ton when, Matina, Limón, would cost between 30 and 40 shillings.
Trade coffee growing has led to the rapid creation of business enterprises that are exported to Europe, while coffee imports of manufactured goods from the machinery of the old continent to grind corn and wheat, iron plates, etc..

listed on the floor of Costa Rica. Most members of these consortia were young people with entrepreneurial spirit, but no big capital were willing to give more stability to enterprises on their farms, which became part of the back plane of the same.

A perfect example is the collaboration of Juan Rafael Mora and Vicente Aguilar.

With the completion of the road to Puntarenas, in 1846, which revolutionized the coffee industry as possible to replace the mule carts, grain became the only export of Costa Rica until 1890, and the backbone of the economy national.

Meanwhile, its cultivation spread to the West Central Valley land suitable for cultivation due to its characteristics of topography and climate and the road connecting the roads.

Many of them not only the challenge of producing quality coffee in the fields of ancient tradition, but farms of East formed the Central Valley, once the train from the Atlantic facilitated the colonization of the region in the nineteenth century.

Costa Rica coffee is exported reputable brand name of its own product to suit your taste.

The grain was of such quality that does not require a great device for the promotion of investment markets.

Such excellence is derived from one of the techniques of continuous improvement and the establishment of mechanisms that had beneficial effect without interruption in the quality of coffee has been known.

The application of new techniques for the benefit coincided with the consolidation of European consumers of Costa Rica coffee.

At the beginning of each production activity of dried coffee on the terrace, the shell manually with the “white” and for household consumption.

In the 1830s, the beneficiary has taken a dramatic turn when Don Buenaventura Espinach Gaul, Catalan experience of mining, construction of a paved courtyard and south of Carthage first wet mill, in “The Mill”

One of the main innovations in Wet was the fermentation of the fruit during treatment, because the coffee flavor was significantly improved.

Since large farmers was lying about the need to increase the quality of the exported product, the wet treatment was extended to the legitimacy of the letter of acquisition.

Thanks to the quality of the grain, coffee producers in Costa Rica managed to cope with the crises that occurred in the last quarter of the nineteenth century.

Despite low prices, the domestic grain, unlike other lower quality, found a niche in the international market security, which has been consolidated over time.

In the first decades of the twentieth century, many inventions have been introduced to reduce the time to enjoy and improve the quality of the coffee machine is dry (guardiolas), pulping, grinding and classification.

Like all producers have the financial ability to invest in the installation of water mills, was the formation of a group that received beneficiadores harvest many small producers.

The mechanization of the agriculture industry has remained in favor of the twentieth century.

With the expansion of cultivated area has increased the capacity of the slaughterhouses, and although most were relatively low, few could handle up to four thousand bushels of late nineteenth century.

The number of institutions also increased following the expansion of coffee at the ends of the central depression at these sites tectonic plants were established to facilitate the transportATION of fruit to shelters.

Until the 1920s, most coffee is transported in bullock carts from that date, systematic improvements in transportation has become the growth of the area covered by each receiver and the resulting competition to attract the as many customers as possible.

With the solution of the south, north and northwest of the central depression receivers tectonic setting commercial houses and processing plants of coffee on the fronts of colonization, although in the early decades of the twentieth century pioneers in these areas over time found in other companies or competitors within the same producers organized in cooperatives.

The type of Costa Rica coffee

With regard to varieties of coffee used, plantations established in the mid nineteenth century were essentially Creole or varieties Typica Arabica species.

This type is characterized by high productivity and large linked to a certain extent, that during this first stage is not surprising that coffee is grown entirely or partially exposed to sunlight.

However, plantations have also been kept out of the nineteenth century to the present. At first, they continued to use the Typica.

As the trees were tall and green has tried to maintain an appropriate distance between them, which was in most three-meter box that has the density per unit of production was relatively low.

The producers have made a series of activities to achieve higher productivity: size, paddle, fertilization, collapsed.

With the first branch is controlled so that the plants have been developed and the fruits ripen evenly.

Later also introduced other tall varieties: Bourbon, Hybrid tico, etc.. From mid-century coffee production in Costa Rica has been modified derivative of the diffusion of culture techniques high performance in the context of the “Green Revolution” Among his change of excellent results in the variety of the Costa Rica coffee grown, were taken Caturra and Catuaí stature hybrids.

Although the Typica is characterized by excellent grain quality and uniform ripening, seed rate necessary to replace low an increase in theproduction of coffee.

Genetic improvement is completed with the density of plants per unit of growth and increased use of fertilizers, fertilizers and supplements to combat pests and diseases.

The production technology has grown from a broad intensive, generating higher productivity per unit of crop.

Techniques include the use of fertilizers to feed the plant to a healthy level.

We are located in Jaco Beach Costa Rica, This central american country have many adventures awaiting for you..