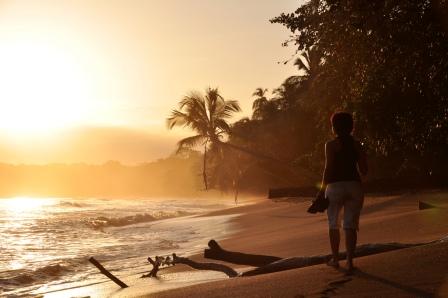 Cahuita National Park is Located in the province of Limón, Caribbean coast, 42 km south of the city of Limon.

Cahuita National Park is located in the basement of the tropical Atlantic from Costa Rica and we can say that no other wild area of ​​the country protects the resources of plants and animals in this region. 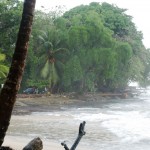 One of the most picturesque areas of the country for its white sandy beaches, thousands of coconut palms, turquoise seas and coral reefs.

According to the classification of Holdridge life zones, the park is in the living area of ​​the rainforest.

The Cahuita National Park has several important habitats such as swamp forest with species of cant, the sangregao and golden fruit, mixed species forest Guaitil not flooded, and the Jorco the match, the mangrove, red mangrove-dominated, and coastal vegetation, with lots of coconut palms and sea grapes

The reef covers an area of ​​600 hectares and extends in a fan off Punta Cahuita, between the Lazy River and Puerto Vargas.

Part of the platform is submerged reef about 11 meters above sea level.

Studies conducted after the earthquake of April 22, 1991, the platform reef emerged about 1 meter. It is the most developed reef in the Caribbean coast of Costa Rica.

Among the most characteristic species of coral is the coral Elkhorn, the cerebriform, the Poritis Poritis, Montastrea cavernosa and the great Poritis divaricata. In addition, sea fans, urchins and lots of fish and sizes.

The queen angelfish is undoubtedly one of the most beautiful reefs. However, there are other interesting species such as angelfish French, Isabelita and blue parrot fish.

Marine resources protected here, are in a process of deterioration caused by the large amount of sediment and agrochemical pollution, carried by the river La Estrella, which are deposited by sea currents on the reef.

They are common in terrestrial wildlife howler monkeys, white-faced monkeys, raccoons, sloths, otters and white, as are several species of swamp forest birds such as ibis Green Kingfisher, are some of the many species found here.