The Carara National Park  is located in the Pacific, along the river Tarcoles, south-east of the city of Orotina, province of Puntarenas.

Carara National Park is located in trasnsicional between dry and wet forests of the Pacific region of Costa Rica and I can say that no other wild area of the country protects the resources of flora and fauna in this bioclimatic region.

The reserve was created to facilitate research and scientific studies, and provide environmental education. 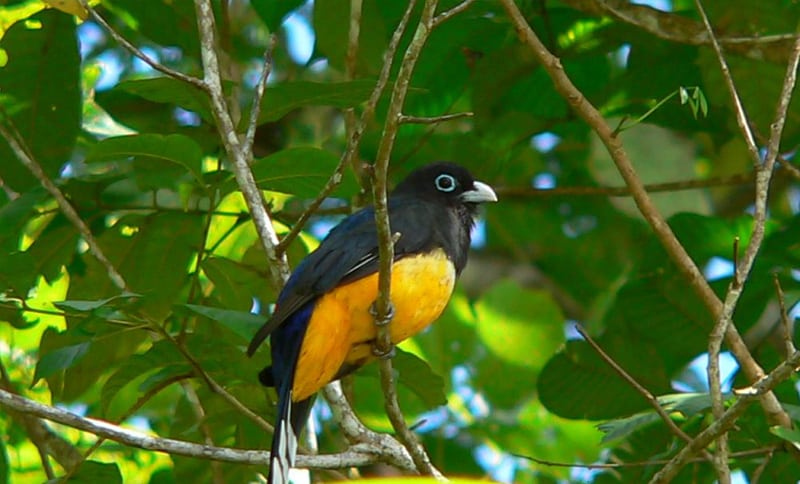 This wilderness area is considered an excellent living laboratory for studying the structure and functioning of tropical ecosystems and their relationships.

Carara possesses various ecosystems such as wetlands, lakes and forests of a tunnel, primary and secondary.

The marshes are formed by seasonal flooding of the river Tarcoles in an area north-east of the reservation.

These areas are rich in species of wading birds, amphibians and reptiles associated with those environments. 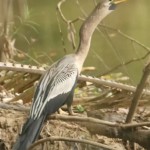 The lake occupies a large meander of the river Tarcoles, is about 600 meters long, 40 meters wide and two meters deep. Virtually choreja is covered or water-lily and other aquatic plants.

In this environment are several species of reptiles such as crocodiles measuring up to three meters in length and aquatic birds such as herons pink needles, duck, Jacana, diving and rock piquipintos kingfisher. The crocodiles are abundant and easily observed in Tarcoles River.

The gallery forests are found on the banks of rivers, species diversity are dense, high and low.

The espavel is a characteristic species in this habitat.

Secondary forests are located on land previously dedicated to agriculture, have low species diversity of forests and most species are deciduous.

The palm viscoyol very thorny roses is an almost pure form in this forest. Forests cover most of the reserve.

In the land slope of 20 percent to 60, have great diversity and abundance of the various layers of vines and epiphytes flat.

Some of the plants that capture our attention because of their size are the espavel, ceiba, the guanaco, the vulture, the red Guacimo, figs and javilloguayabón.

Wildlife is abundant, despite the isolation of the reservation.

A bird very conspicuous for its beautiful plumage, and it virtually disappeared from the Dry Pacific, is the scarlet macaw.

Other bird species are the purple Trogon, the peacock, the hummingbird, the toucan and the capercaillieChocuaco.

Some of the animals mentioned are sespecies populations of endangered or small.

The Carara Biological Reserve has many vestiges of pre-Columbian indigenous occupations.

Archaeology has made possible the position of a maximum of fifteen cultural sites for two periods of employment: Phase Pavas (300 BC – 300 AD) and Carthage Phase (years 800 to 1500 AD), based on subsistence agriculture.

In the second period of employment are different sites, like Carara corresponding to a rectangular base (6×4 m), built of stone and limestone of the river and the death Lomas, a large city, with residential areas and burial on top of some hills riverfront Tarcoles location.

Mounds was a main settlement during the pre-Columbian and exercised political and economic dominance in the lower river Tarcoles.

Forest fires, poaching and cuatno limited financial and human resources to meet the growing demand of tourist attractions that protect the reserve, are the main problems of the reserve.

There is not doubt that The Cental Pacific Site offers many Amazing attractions, this range from wild adrenalive adventures like, White Water Rafting,  Canyoning, Canyoneering- Waterfall Rappeling, Canopy Tours, Sport Fishing, and ofcoure we also have Natural guide expeditons for those who prefers to take it slow.. these may be Mangrove Tours, Waterfall Tours, Birds Waching, Tortuga Island Cruise, Horseback Riding Tours.. Just to meantion a few… remember, Jaco Beach offers alot of Adventures and  located Just 20 minutes from Carara Natural Reserve..